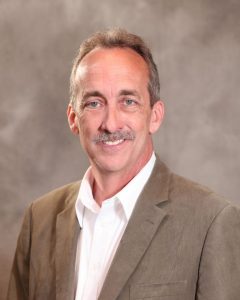 I’m excited to announce that Jay Thompson has agreed to join FBS’s Board of Directors. I’ve known Jay since 2008 when we first launched Flexmls for the ARMLS market. At that time, Jay was a broker and a clear and strong voice on his blog, the Phoenix Real Estate Guy. Back then, there were quite a few of us who were exchanging ideas on our respective blogs and we often referred to ourselves as the RE.net. I look back on those times with great fondness, mostly because many lasting relationships were formed. I feel especially fortunate that one of those relationships for me was with Jay and that it has led us to this moment where we can now work together.

I appreciated Jay’s voice and thinking back then and my respect and admiration for him has only grown over the subsequent 10+ years. Not only does Jay bring the perspective of a successful agent and broker, but he also has served on the NAR’s MLS Issues and Policies Committee (2009-2012) and the MLS Technology and Emerging Issues Subcommittee (2012) and he  currently serves on the Board of one of our customers, Cape Cod and Islands MLS.

Of course, many of you also likely know Jay for his years working with Zillow Group, which Jay describes as “challenging, insightful, quite painful at times, and an amazing experience.” I hope to learn from Jay in the coming years how he developed such thick skin, because he always responded with respect, grace, and intelligence, even when others were losing their minds about ZG. Jay was never anything but himself through those years and I’m 100% confident that gives him a perspective that will help FBS craft an even clearer and stronger strategy. Honestly, I can think of no one person who brings more variety and depth of experience in real estate and technology than Jay.

FBS’s Board consists of eight directors, five inside (employee owner) directors and three outside directors:

Even though we purposely balance the Board in favor of our employee owners, the outside directors provide us with critical perspective, experience, and insight, and I couldn’t be happier to have Jay join us in that role.